What if there were a little tweak you could make that would create MASSIVE results. Would you want to know what it was?

What if it’s so small… and so subtle… that when I share it with you… perhaps the first thing your mind would think is “That’s so simple…” and because of that… your mind may want to discredit the power of this tool.

Would you be willing and open to a simple… small… tweak that could create MASSIVE results? Successful people have open minds.

And they don’t over complicate things. So if your answer is yes to keeping an open mind and valuing simple things… keep reading.

Here’s the one tweak that is so small… yet can change everything.

Instead of making your goals/desires/outcomes vague… make them specific.

So many times I ask people what they want… and a few things usually happen.

1. They lead with what they DON’T want.

2. They don’t know what they DO want.

3. If they do know what they want… they are SUPER vague about it.

So… the shift is…

Focus on what you DO want… and be specific about it.

Instead of saying “I don’t want to be broke.”

WTF does that even mean?

Be specific: I want to create an income of at least $10,000 per month by October 1st, 2017. It requires critical thinking to get specific.

Do you want an “authentic” relationship?

How will you know it’s authentic?

Or, do you want a relationship where you can share your deepest truths and disclose your deepest thoughts and your partner lovingly listens and empathizes with you?

Using words like “abundance” or “authentic” or “highest potential” is good when describing a concept… but not a GOAL.

GOAL’s must be CLEAR and SPECIFIC. And stated in the POSITIVE and PRESENT tense.

And… GOALS must be stated in such a way that it is CLEAR and you will know when you have achieved your goal. This ONE tweak can change everything.

Here’s the truth: you know what you want.

You’ve been vague because declaring what you want is scary… or maybe you don’t feel worthy.

Either way… knock that off 🙂

A goal without a deadline is a future regret.

How can you be clear/specific/positive/present and create a deadline with your goals?

Reply back and let me know.

Remember to get out there, take action and make it real!

Yesterday was a sad day for the Hay House family and the millions of people who Louise Hay touched.

Louise Hay, a pioneer in the field of self-help, personal growth, and human development, transitioned at the age of 90.

And, two years ago that the great Wayne Dyer transitioned.

There are no accidents.

And, this just happens to be Episode 111 (which, according to Doreen Virtue) is an angel number that means:

Which is one of the core teachings that Louise Hay brought to us.

It just so happens that today was the re-launch of my podcast and we’re adding in a new conversational format.

We had a whole list of things to talk about, but when we recorded this podcast, the only thing we could actually talk about was Louise and her impact on my life and so many others.

>Click here to listen if you don’t have iTunes.

We also talk about a range of other topics including:

– The role of spiritual teachers and thought leaders in times of political unrest, social injustice and how we should be responding to hate groups, racism and those who would divide us.

– How to find your Purpose and dissolve the hidden blocks keeping you stuck.

– My training and weight loss philosophy.

>Make sure to SUBSCRIBE to my podcast on iTunes, so you don’t miss a single episode. 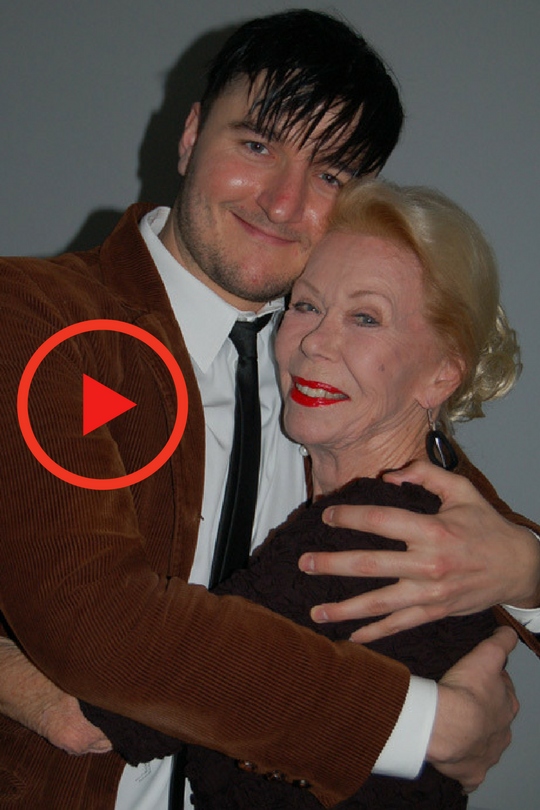 Louise Hay was a true legend, and her work has an impact on countless lives. I’m really sad that my first podcast back in this season was about the loss of such an amazing mentor, friend, and my publisher.

It was sweet to remember her.

>I think you’ll enjoy this episode.

Louise’s friends called her Lulu. Among them, I include you.

Lulu – we love you. Heaven has their angel back.

I wish you all my love on your next great adventure.